Morty and the Suitcase Caper Morty and the Suitcase Caper Mother scurried about in a panicked pace while Father wrote down the hotel phone number. Morty's brothers and sisters played Mouse Marbles while they waited somewhat impatiently. Morty sat in his room with his face in his paws, staring at his inline skates, which would not fit into his suitcase. Father had a three-day business meeting in Mousieapolis, and Mother was going along to keep him company. Morty and his brothers and sisters wer 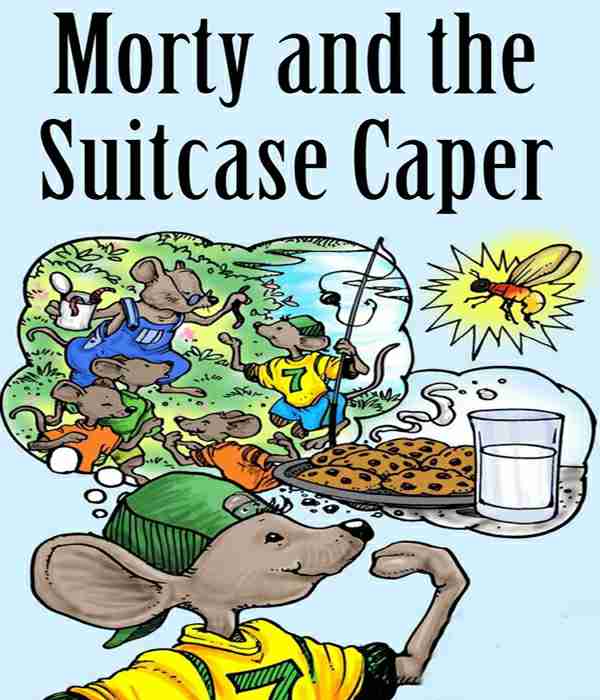 Mother scurried about in a panicked pace while Father wrote down the hotel phone number.Morty's brothers and sisters played Mouse Marbles while they waited somewhat impatiently.Morty sat in his room with his face in his paws,staring at his inline skates, which would not fit into his suitcase. 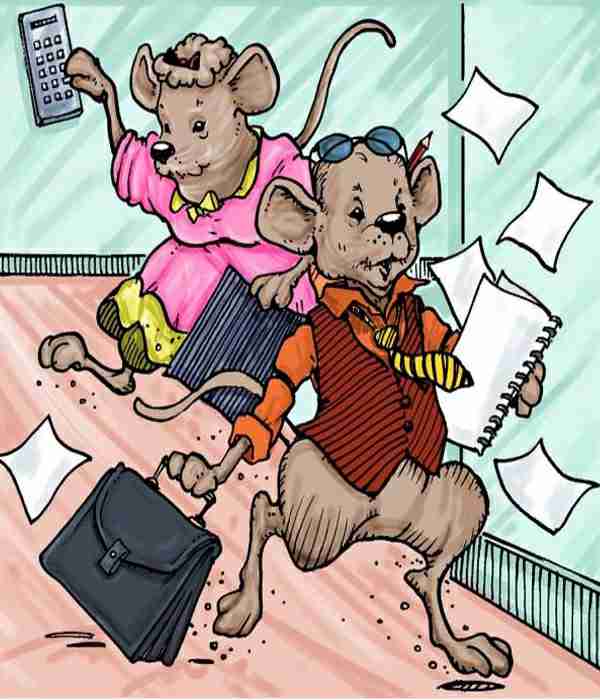 Father had a three-day business meeting in Mousieapolis,and Mother was going along to keep him company.Morty and his brothers and sisters were being exiled to Grandma and Grandpa's farm for a whole week.Of course, Morty loved his grandparents,and when he was younger, going to their house seemed like the most fun on earth.Now, in third grade, it amazed him that a mouse could drive three hours and end up in the middle of nowhere,where time moved as slow as a tortoise. 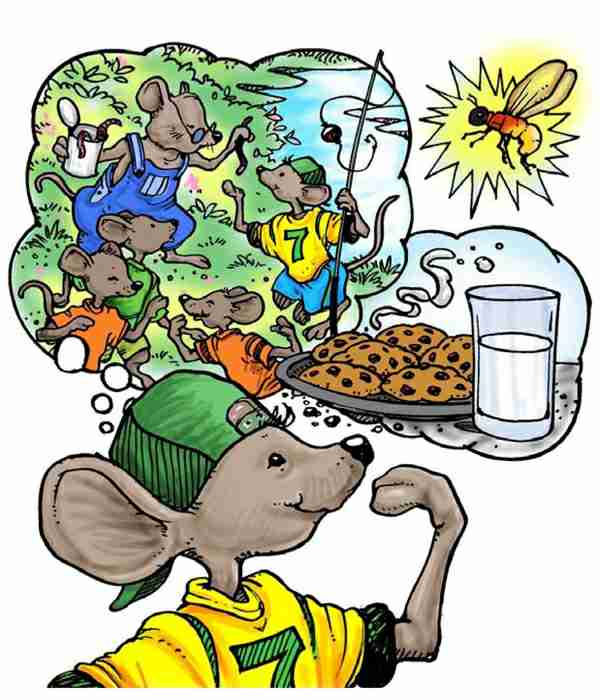 Morty knew the whole first day would speed by like a hare with new adventures.They would play hide-and-seek in the cornfields.Grandpa might take them fishing at the creek,and Grandma would have warm cheese crisp cookies and cold milk waiting when they got back to the house.They would catch fireflies as the day turned to night. 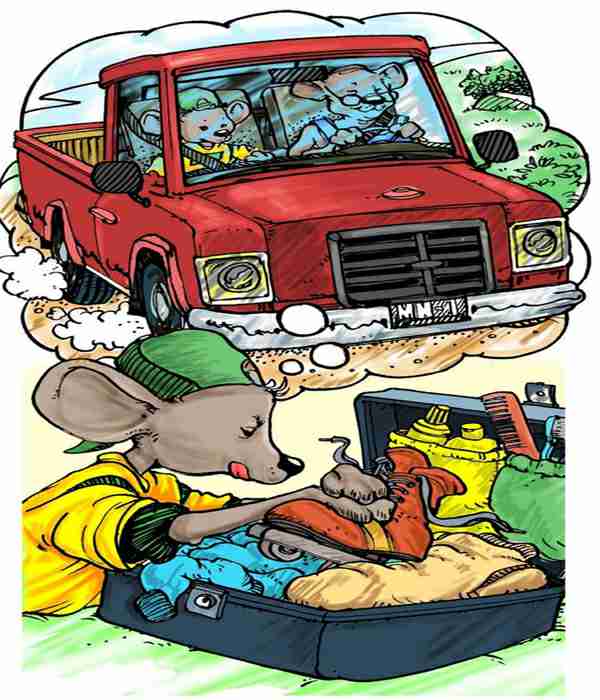 Grandma would fix dinner—nothing she made ever came from a box.Yummy aromas would seep out of the house as something delicious simmered on the stove.But after everyone's tummy was full, there would be nothing left to do,making the rest of the week feel like a lifetime in prison.

Grandma and Grandpa lived far from town.The nearest neighbor with children was too far away to play with,and worse yet, their old television did not pick up even the really old Mega Mouse cartoons.Grandma tried. She would pull out dusty chapter books.Telling Morty, "These were your dad's favorites when he was your age."Sometimes she would give Morty quarters to help her snap beans or shuck peas.But mostly Morty would count the hours until he could leave the farm.

Every couple of days, Grandpa drove into town to pick up the mail and a few groceries.Morty loved to ride along just to see what movie was showing that week or if there were any mice his age hanging around."A whole week of that?" Morty grumbled to himself. 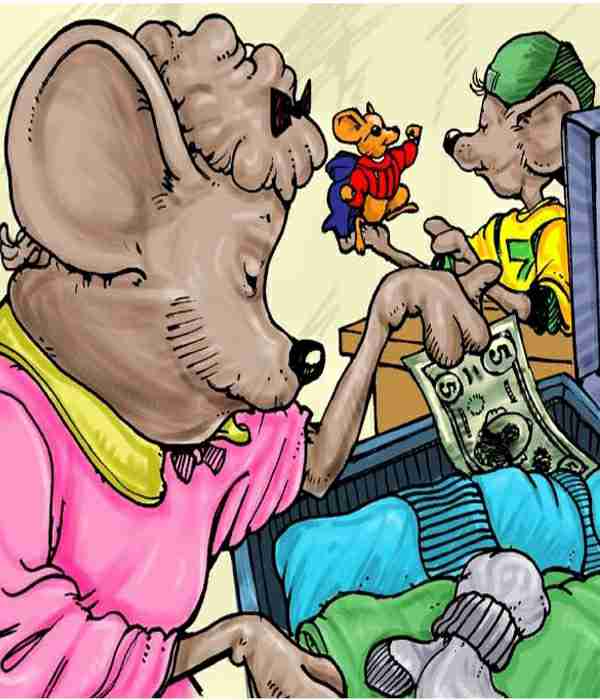 "Morty, are you talking to someone? Did you pack your pajamas?"Mother asked as she walked toward the open suitcase on his bed.

"Uh-huh," Morty said. He planned to sleep in his favorite Mega Mouse T-shirt and matching boxers.

Mother had a puzzled look on her face, but she quickly moved away from Morty's suitcase, in which she had tucked five dollars."I need you to help me carry down the younger mice's suitcases, so hurry and finish up, please."

Morty knew the trip routine.Mother packed a tidy little suitcase for each of his six younger brothers and sisters.She neatly folded their clothes, including just what they needed.Each mouse picked one stuffed friend or a favorite blanket for sleeping away from home.Mother also tucked in five dollars so they could get a special treat when they went to town with Grandpa Mouse.Morty no longer needed a stuffed friend or a blanket, but he liked the five dollars.Even if he could not find much of what he liked at the tiny store Grandma and Grandpa shopped at.

Then Morty had a very mischievous idea.Perhaps there was a way he could bring his inline skates. 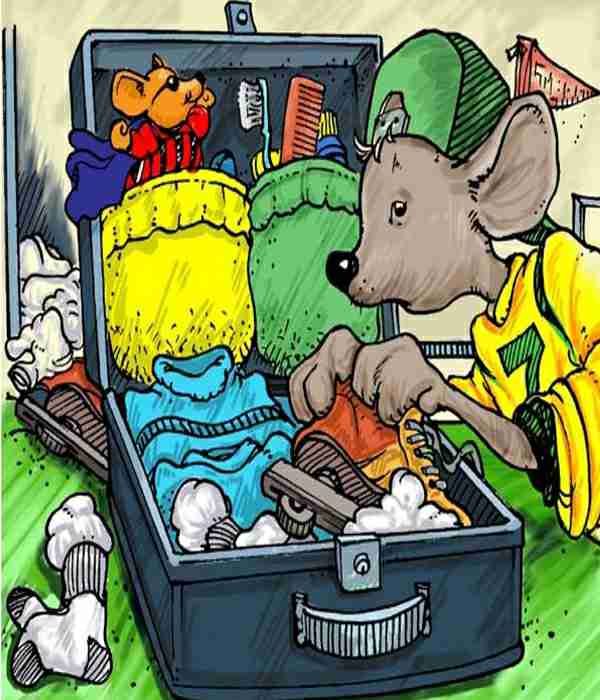 Morty jumped up and scampered to his bedroom door,he looked left and right down the hall, and he listened for Mother.With no sight of her or a whiff of her Forever Grey perfume.Morty shoved half the clothes from his suitcase under his bed.He grabbed his Mega Mouse action figures and one inline skate and stuffed them into his suitcase.As he shoved the toys in, Morty realized he needed even more room and took another pile of clothes out.After throwing the clean, folded clothes to the bottom of his closet.Morty tried to cram the other inline skate into his suitcase. No luck. 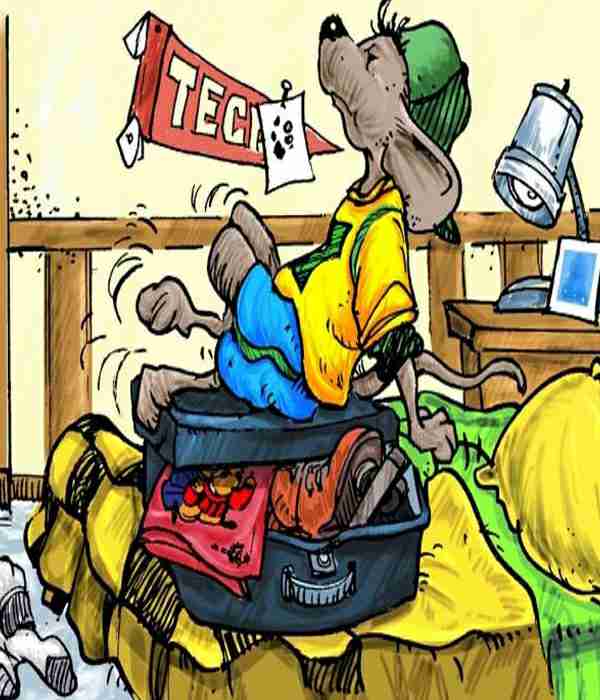 Morty and the Teacher's Apples

Chapter 2 What to Give Tiva?

CHAPTER 3 Making the Best of Things

Aladdin And His Lamp 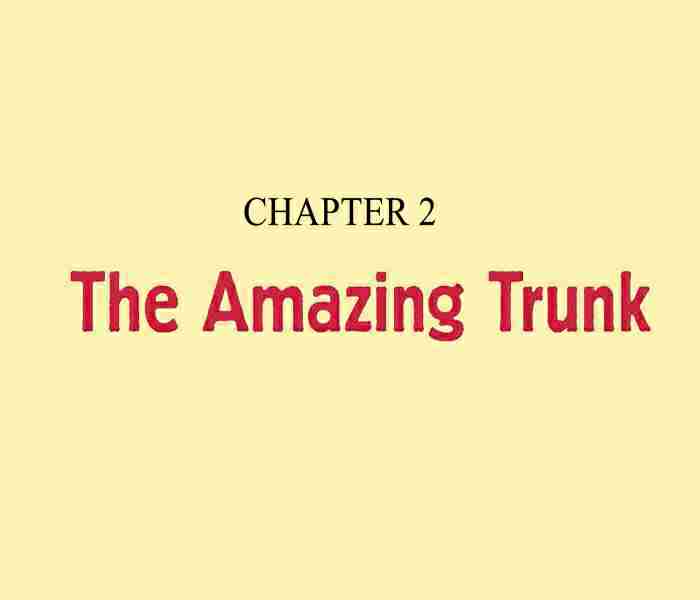 Digging In Digging In Chapter 1 South of the Border Jeremy scribbled the outline... 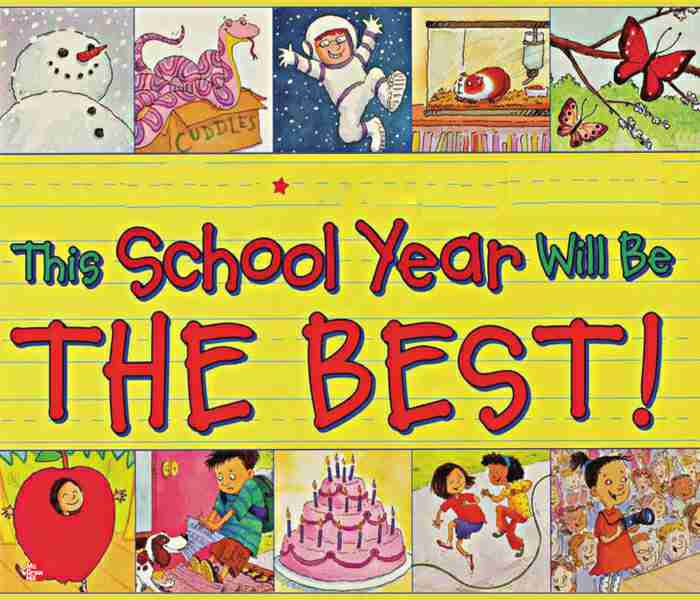 This School Year Will Be THE BEST! 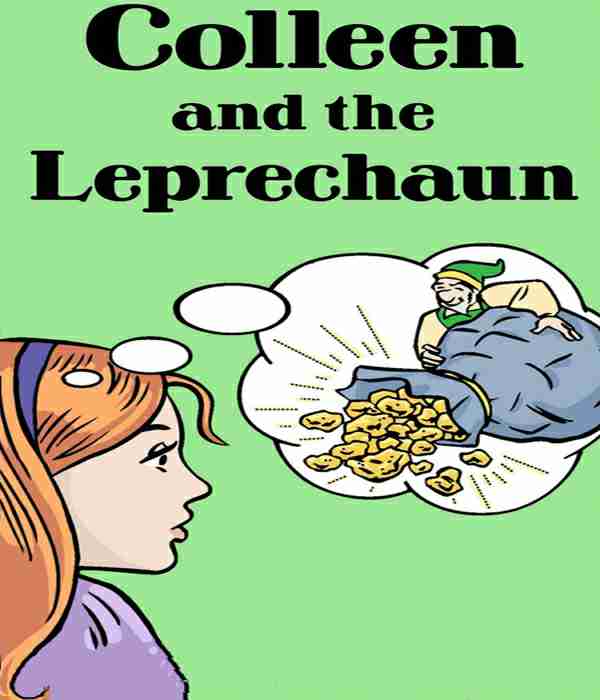 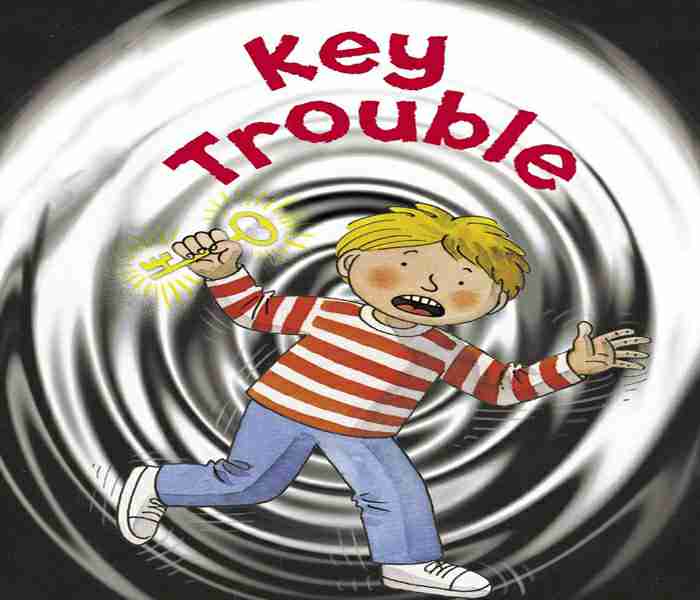 Key Trouble Key Trouble Gran had come to stay. She had presents for the children.... 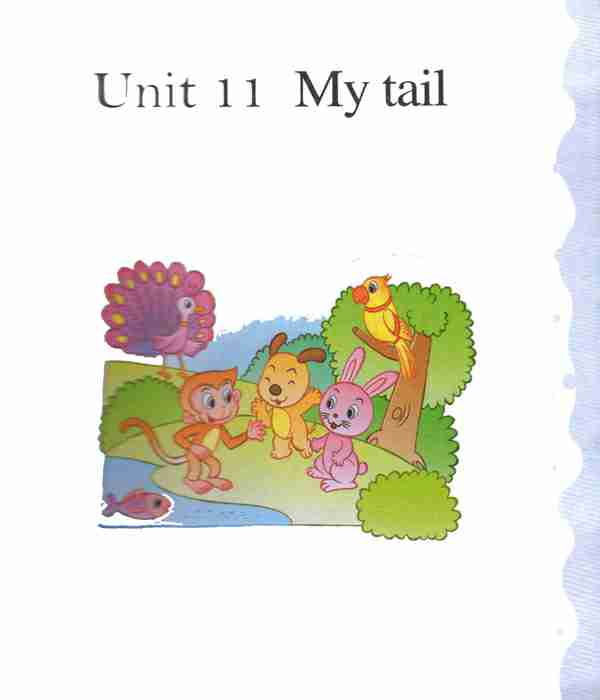 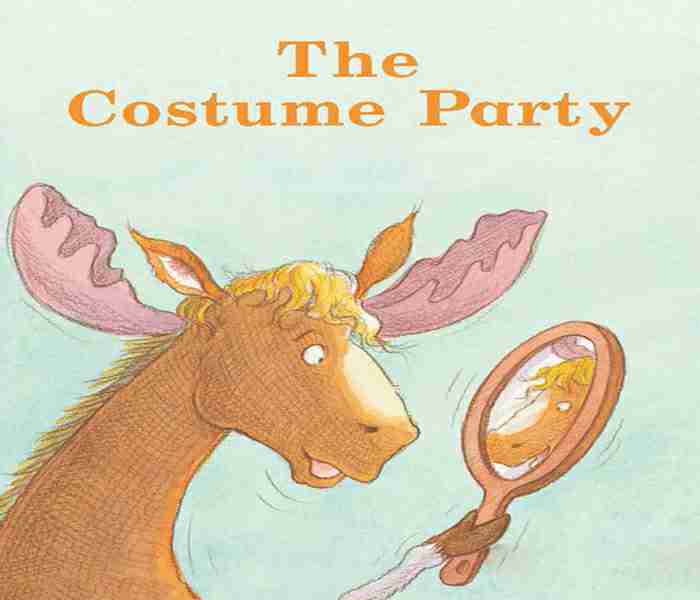 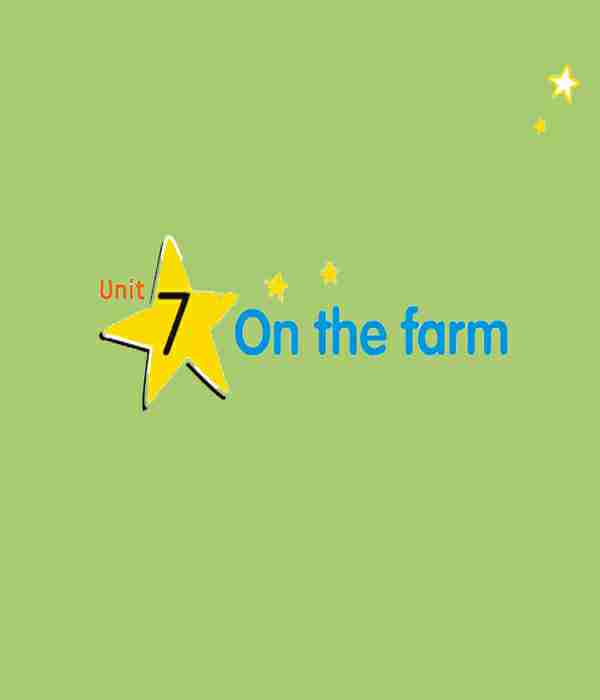 Unit 7 On the farm 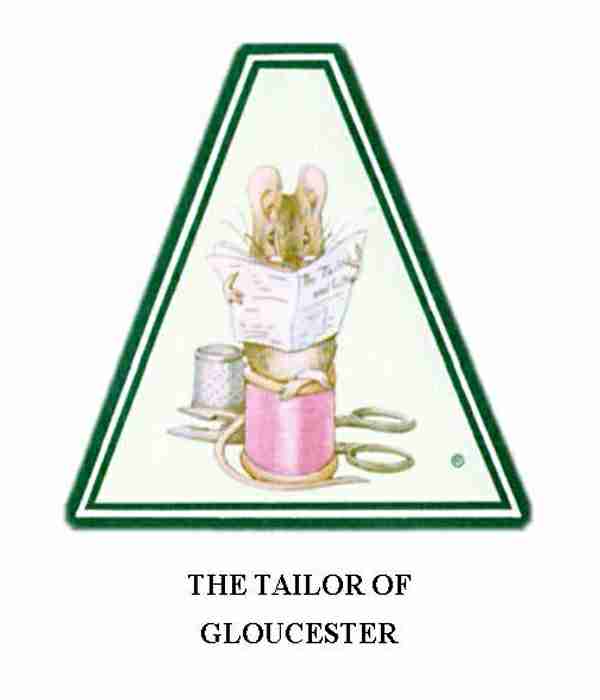 THE TAILOR OF GLOUCESTER